Last Sunday it was beautiful warm sunny day, great for hiking in mountains. Views were amazing. 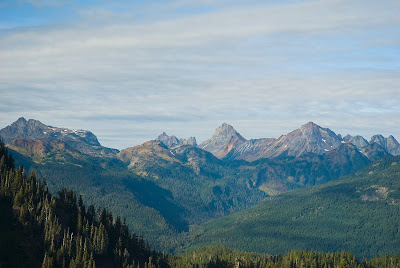 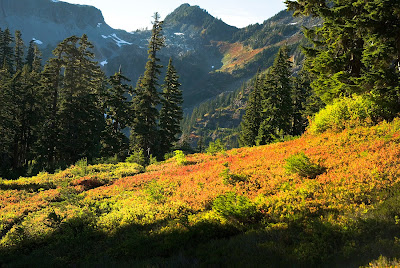 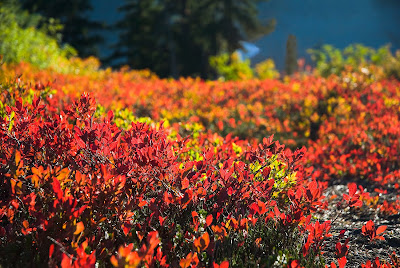 And here are blueberries themself, covering ground like a thick carpet. Fortunate for us there was no bears around so all blueberries were just for us alone.: 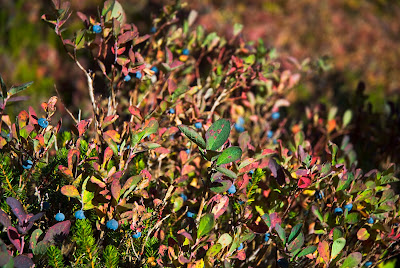 Interesting "ghost" cloud around one of the Mt.Shuksun's peak: 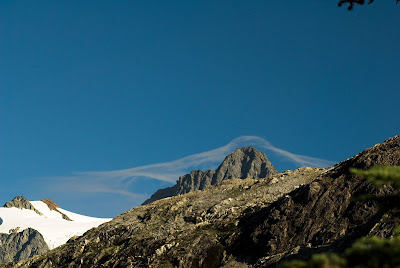 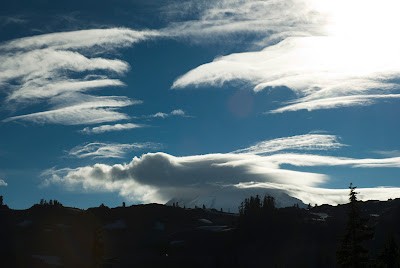 Mt.Baker itself apparently was not having a good time, as you see it has a pretty dramatic cloud with lots of wind on the top: 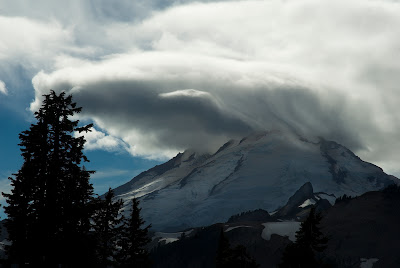 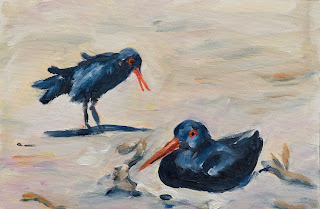 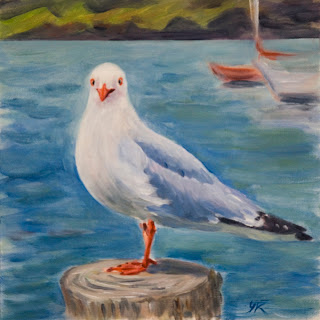 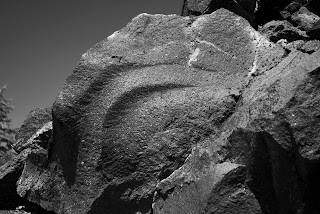 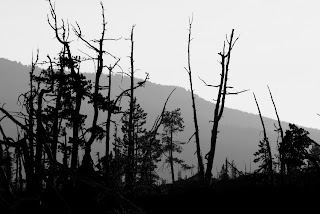 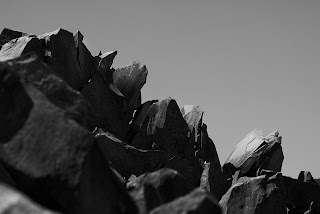 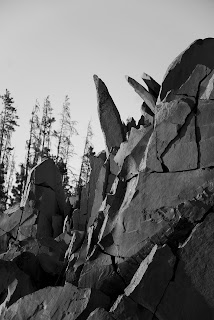 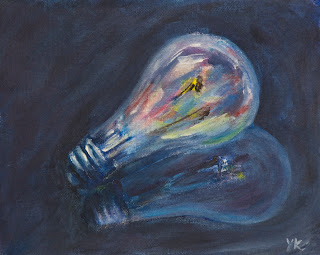 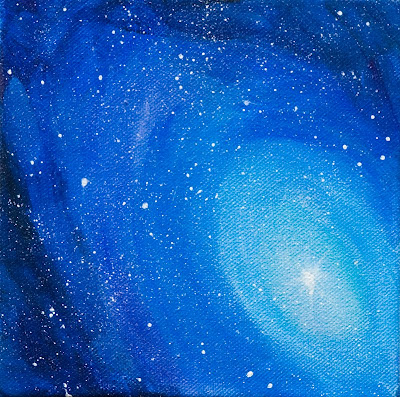 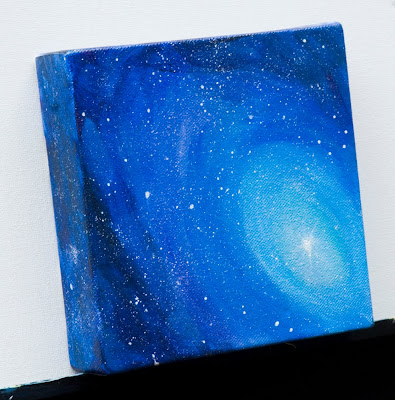 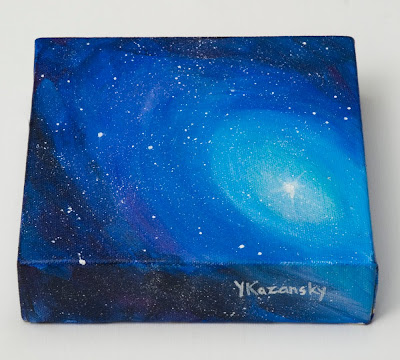 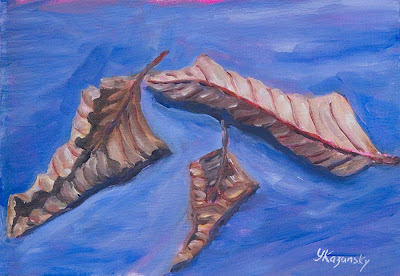 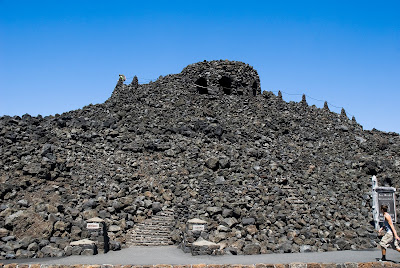 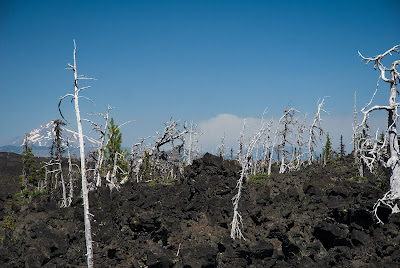 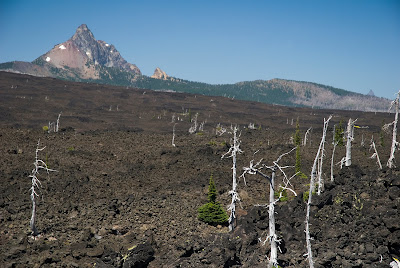 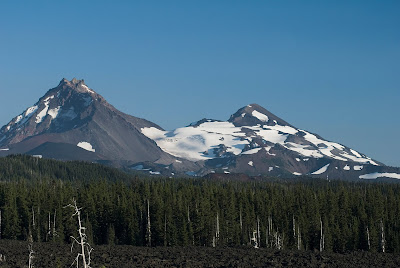 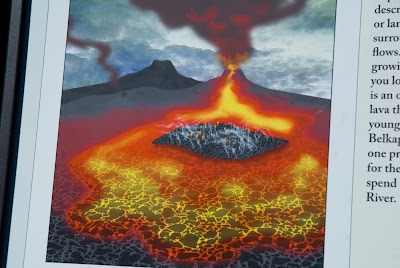 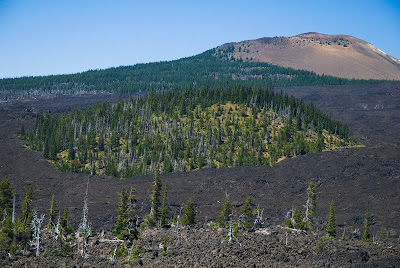 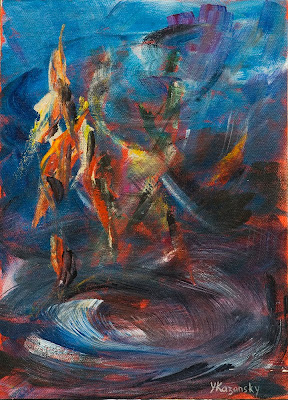 As expected it was foggy, but still beautiful. Cannon beach rocks in a middle of a day: 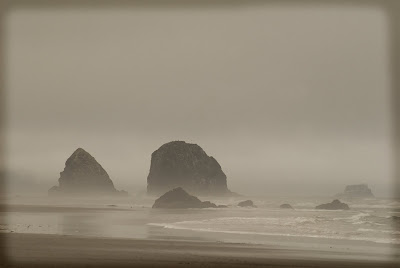 In the afternoon fog seems lifted: 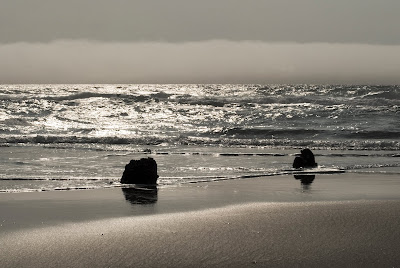 And at sunset the sun completely went into dark foggy cloud. Temperature dropped to 50s, but after 102F on the East of the coastal mountain range it was somewhat refreshing. 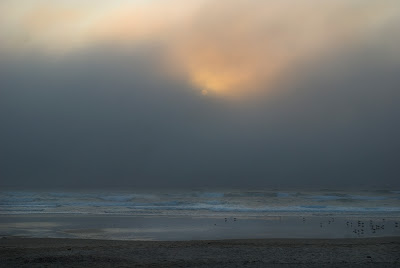